Families have been placing their trust in us for generations. We have always made outstanding service our #1 priority and are honored to serve you since 1930.

In 1930, Ira M. Speck began working for Blount Funeral Home as an ambulance driver.  Mr. Speck began to assist Mr. Blount in other areas of funeral service, thus creating an interest in becoming a Funeral Director and Embalmer.

Another funeral home in Livingston, the Ridley Funeral Home was purchased in 1940 by Shirley, Frank, Ira and Vera Hyder Speck.  During this time Shirley and Frank Speck were also owners of Speck Brothers hardware in Livingston, Tenn.  Later Verlin and Hollis Hyder (brothers to Vera Speck) bought Shirley and Frank Speck’s part of the funeral home changing the name to Speck-Hyder Funeral Home.  Later, Hollis Hyder sold his share to the other partners.  The firm was known as Speck-Hyder Funeral Home for many years.  It was also during this time that Overton County Memorial Gardens was founded by Verlin Hyder Sr. and Ira M. Speck. 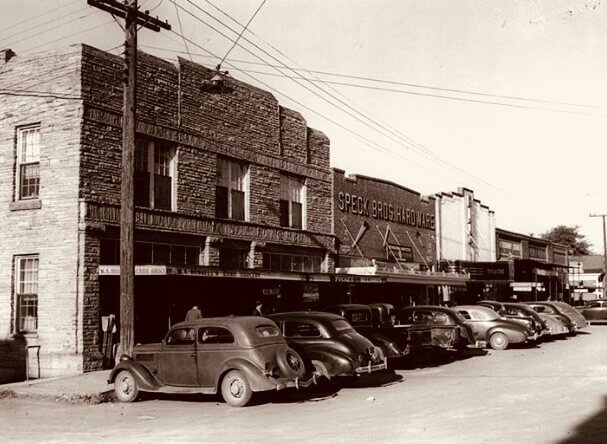 Verlin Hyder, Sr. passed away September 28, 1973.  His wife Hazel Ledbetter Hyder, and their son Verlin Hyder Jr.  continued to assist in operating the funeral home until 1976.  At this time the partnership ended, and again the funeral home became known as the Speck Funeral Home.

In April of 1974, J. David Parsons began his career at Speck Funeral Home.  David married Lesa Sidwell, daughter of the late Joan Speck Brown and the granddaughter of Ira and Vera Hyder Speck.  In January of 1977, Grover C. Brown, Exec. Vice President and employee of Union Bank and Trust company for 21 years, purchased half interest in Speck Funeral Home.  Mr. Brown was married to the late Joan Speck, the daughter of Ira and Vera Hyder Speck. 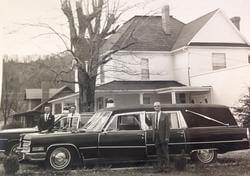 In September of 1964, John G. Smith & Jim K. Smith desired to become acquainted with all the people of Overton County. This let them to start the Smith Funeral Home on the corner of Daugherty & Cedar Street in Livingston Tennessee, known as the old J. A. Hargrove home place. John & Jim Smith and their family served the people of Overton County in Funeral Service and as one of the local Ambulance Services for ten years.

For the next 29 years they owned and operated the Livingston Funeral Home. In that time they started the Brown Funeral Chapel in Byrdstown, TN.