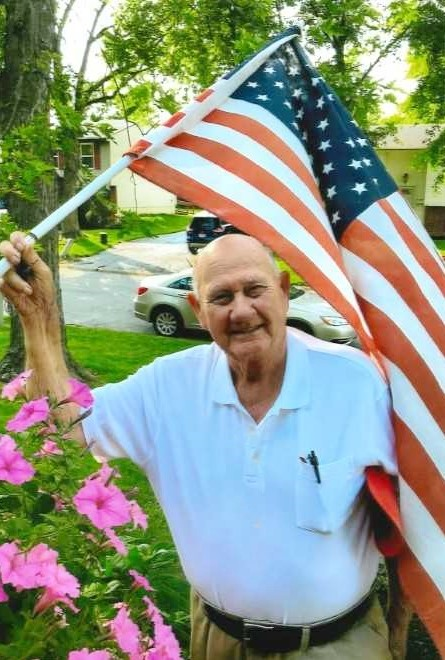 Funeral Services for Mr. R.D. Eldridge, age 87, of Kettering, Ohio, and formerly of Livingston, Tennessee will be conducted 1 p.m., Saturday, August 31, 2019 from the chapel of Speck Funeral Home. Burial to follow in the Overton County Memorial Gardens. The family will welcome friends on Friday evening, August 30, 2019 from 5 until 8 p.m. with a Masonic Service at 7 p.m.

R.D. passed from this life on August 21, 2019. He was born August 15, 1932 in Livingston, TN to the late Wheeler and Etta Eldridge. In addition to his parents, R.D. was preceded in death by brothers and sisters-in-law: Oscar & Ruby Eldridge, Gradon & Auda Eldridge, Charles & Amy Eldridge and Jessie Eldridge; son-in-law, Edward John Furl; and several nieces and nephews.

R.D. retired from General Motors after 37 years of service. He was a past Superintendent of the Masonic Temple in Dayton, Ohio; was a member of the Solar Lodge # 730 F.&A.M., Scottish Rite, York Rite, Antioch Shrine, Independent Order of Oddfellows, Woodman of the World, and was a national organizer for many other organizations. R.D. was a chef and managed Lou's Restaurant. He also owned Union Lumber Company. R.D. was a servant of God who was a minister at many local churches. He most recently attended at Maple Heights Baptist Church.

R.D. loved his country and was active in many patriotic activities. He was a great humanitarian who served many in need, he would give you the shirt off his back. He had strong convictions, he stood up for what he believed in. He was proud of where he came from and expected complete respect for his family, whom he loved dearly. He was the best Santa Clause to his family. R.D. was a devoted husband, a wonderful father and a beloved grandpa who will be missed by all who knew him. First and foremost, R.D. was a believer in God and Jesus Christ.

Posting as Who are you posting as?

There are no tributes yet.

We encourage you to show your support by adding a tribute above:

The services for R.D. have not yet been added. Please sign up below to be notified when the services are ready.

Get Notified When a Service is Added

Healing Registry Unavailable at the Moment!

No thanks. Go back to cart.
Product Details

Iframe toggler
Send Sympathy Gifts
Buy Now
Free Grief Support
Sign Up
How Did We Do?
Review Us
Find Us On Facebook
Join Now
Check-in to R.D.'s service!
Add R.D.'s service to calendar

Let the family know who you are using one of the quick sign-in options below.

Just for verification: we never spam!

The attached photos are added to the memorial of Speck Funeral Home - R.D. Eldridge to help share their legacy.

Add to Your Calendar

We will notify you soon.

You will receive an e-mail daily when a guest leaves a tribute on this obituary.

Thank you for sharing your memory of R.D.

Help show your support by providing a gift of flowers and spreading the word.

Help friends and acquaintances of R.D. leave memories by sharing to Facebook